I’ve been meaning to get down to Refresh Teesside for a while, partly because it’s always sounded interesting, and partly as an excuse to actually see Middlesbrough. Last Thursday I finally made it.

My query about what was worth seeing in Middlebrough got some, er, interesting responses (one included “nothing”). However, I did get pointed towards the Captain Cook Birthplace Museum, which I got to via a rickety train ride. Brits may not realise that Cook is an important name in the Pacific. He was the first person to chart New Zealand (which aside from a few mistakes such as thinking Banks Peninsula was an island is incredibly accurate) and his ship Endeavour is on the New Zealand 50 cent coin. And my father is a Cook Islander, named after … well, you can guess. I hadn’t been aware that he was from Middlebrough.

The museum has been recently upgraded with lots of new exhibits. While as a designer there are some bits I’m not entirely sure about, I was intrigued by the Middlesbrough haka, and impressed with their video of differing opinions of Cook across the Pacific (which are usually: impressed by him; hate the diseases he bought; or that someone was going to invade us, better it was the English rather than the French or Spanish).

There was a buzzing atmopshere at Sassari. The free first drink didn’t hurt, of course. 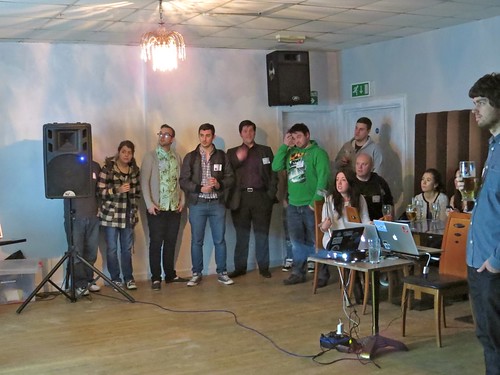 I got snapped juggling devices. 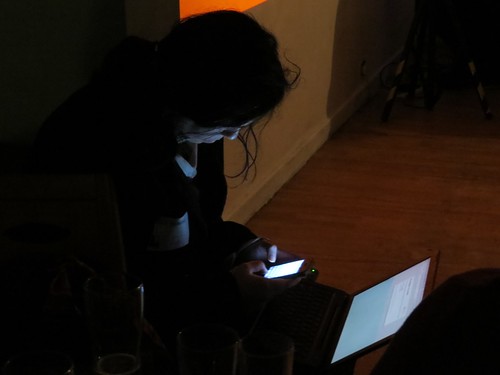 The night was made up of flash talks, with speakers kept to their 5 minutes via dramatic alarms.

Being a responsible Service Standard assessor

A brief history of the Service Standard